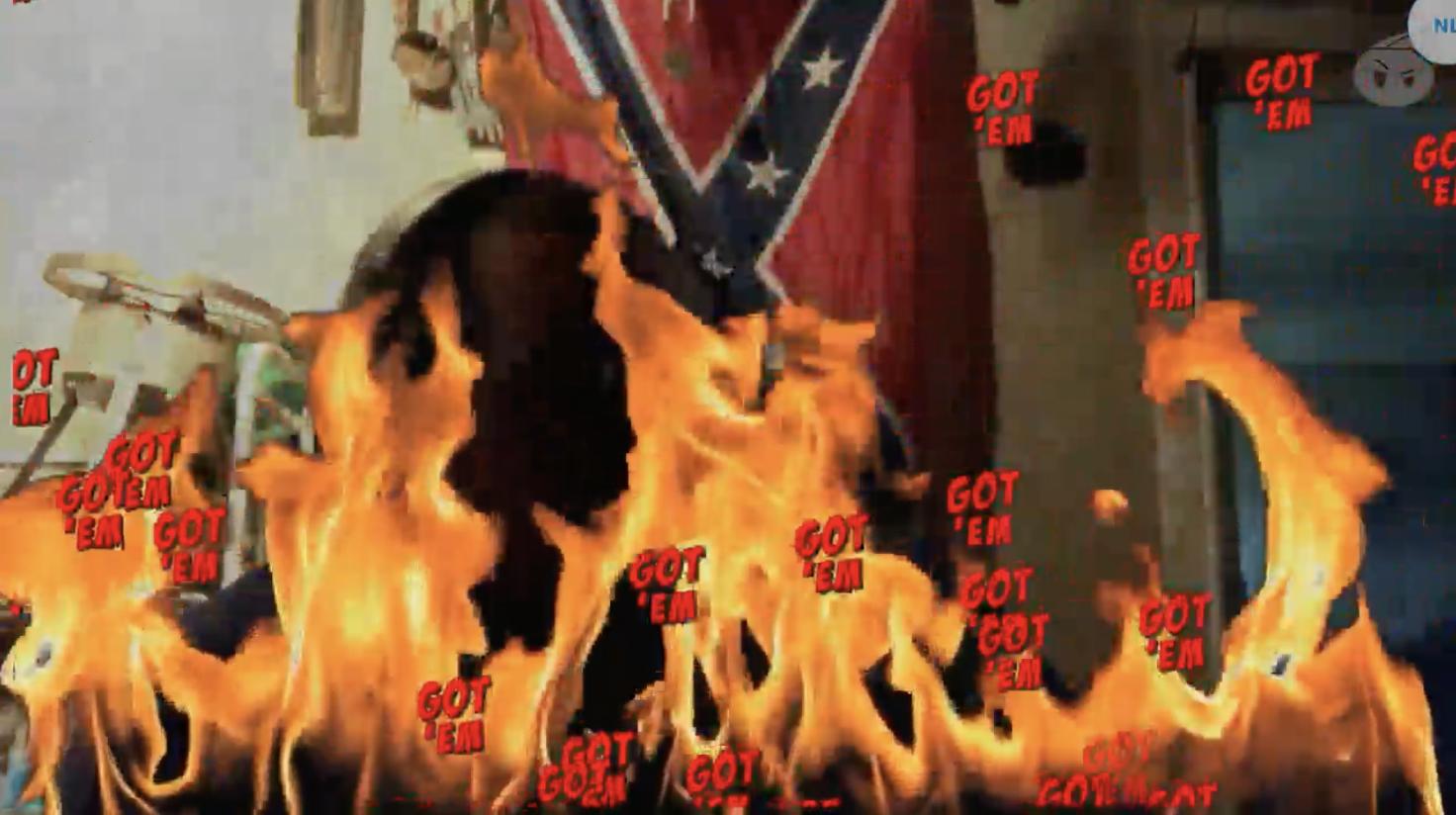 Steve Curran is the world's answer to the question, "why can't we have nice things?" On this after show, Steve calls in, brash as ever, and proceeds to become more and more belligerent, until he whips out a confederate flag and proudly hangs it from his shanty. Unfortunately, he also hangs a little ass in the process. We get dropped off Twitch, Patrick become irate and makes him take the flag down.